We wanted to post the story of how Jessica came into our lives but there are a lot of things to tell! We have decided to split it up into two parts because we don't have as much time as we used to to write up all the blog posts we want and it is pretty long.

Andrew and I attended the Colorado and Wyoming Families Supporting Adoption (FSA) Conference in Denver and loved it! The day before, he had just returned from training at Philmont in New Mexico, so he had had a long week, but we were so glad we came. We met some amazing people, one of them was Melinda. She was attending the conference with her parents, and was planning on placing her child for adoption. She and her dad came in and sat down by us during the opening and we talked to them a little between classes. Then, at lunch, we sat down at a table, and we saw them go to another table and sit all by themselves. Andrew turned to me, and said, “We need to go sit by them.” Then, he grabbed his plate and left the table. I figured I better explain to the people at our table what we were doing so they would know we still liked them. He really left mid-conversation…it was funny. Anyway, then, Melinda’s mom came and we met her too, and she stayed the rest of the day. Andrew talked to them at the end of the conference and was dying to give them one of our pass along cards. I was worried about doing it because I didn’t want to pressure her and have all these hopeful adoptive couples handing her cards and trying to become her best friend. I was really worried and wanted her to feel welcome, not pressured to choose us. He did it anyway.

At the end of the day, our caseworker, Kelly, said he needed to talk to us and pulled us out into the hall. He told us that Melinda had looked at our profile on itsaboutlove.org and she liked us! He hadn’t met with her yet, but he would be the next week, and would keep us posted. Holy cow! We were so excited! And we were amazed with everything that happened that day: they just happened to sit by us, we sat by them at lunch, and really, that we were able to meet them at all.

Kelly called in the evening after he met with Melinda and her parents. She still liked us…and was going to email us soon! Then, he realized he had taken our profile down for a “soft hold” so he said he’d need to put it back up so she could get our email address. We were a little worried, but it worked out fine. Her mom had actually printed out our profile, so they already had it. Kelly also told us we could be 50% excited, but it was a little hard to keep our excitement levels down! The waiting (for the emails) began; we really did check our email at least ten times a day after that.

We got our first email! Actually, the funny thing is, Melinda sent this email at about 10 pm. We were going crazy checking our email so often, so I finally told Andrew we should just shut down the computer and play a game. We did. The next morning, we checked it, and saw that she had sent the email minutes after we shut down our computer! We were so impressed with that first email…she was so honest, open, and thoughtful. She asked us questions and told us to get back to her soon, but to not rush. She wanted us to really think about our answers. Honestly, we couldn’t think about anything else! We worked on them Friday, all day and all night. I probably interrupted Andrew during work a lot that day, but it was hard not to. We emailed her all of our answers on Saturday and waited for a response, which fortunately, we got!

We continued to email every few days over the next few weeks and found out a lot about Melinda. We grew to love her and we were so excited to get her emails. We also found out she was due July 7th, but she was waiting to tell us if she was having a boy or a girl. We even emailed her mom at one point. She asked us if they could come visit us on Memorial Day and we said yes! We couldn’t wait. Even though our caseworker said we should still be 50-60% excited, Andrew made a paper chain counting down the days until her due date! 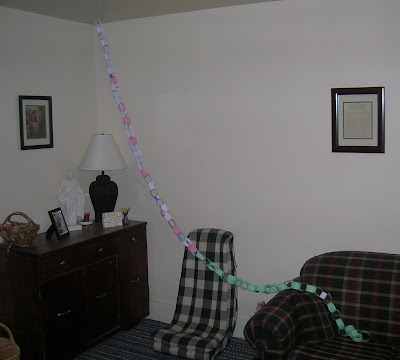 Melinda and some of her family came out to meet us. We talked, played Sorry, looked at pictures, and ate dinner. Then, we talked more, and Andrew asked her why she had ever considered us and wanted to contact us. She and her mom shared their feelings of how they felt guided to our profile. Then, Melinda told us she thought we were wonderful, and that she wanted us to be the parents of her baby! Andrew and I both started crying; I couldn’t say anything, and finally, he said, “thank you,” and we rushed over to her to give her a hug. Actually, she was still sitting down on the couch, and I kind of felt like I was attacking her with a hug, because I didn’t even give her a chance to stand up! Everyone was crying and hugging at this point! Then she told us she was having a baby girl, and said she wanted to give us our first baby gift. She had made a beautiful baby blanket and gave it to us. We looked at some of her baby pictures then, and talked more, and then, they had to leave. We wanted to keep talking, but they were already leaving later than they planned, so we figured we better let them go. 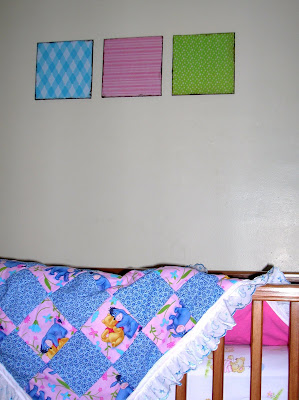 That night, we were on the phone for hours, calling our parents and brothers and sisters. We were so excited and so happy that it was hard to sleep!

Over the next month or so, we were able to go visit Melinda and her family a few different times. We loved getting to know all of them better! We found that we have a lot of things in common, and we had so much fun learning more about her. We met with her, her family, and our caseworker to discuss details of her birth plan—what she wanted to happen before, at, and after birth and placement. It was hard to think about some of those times, because we knew it would be so difficult for her, and hard for us to watch her hurting. We feel so grateful that we all wanted to have an open adoption and we are excited to have Melinda in our lives forever!

Dying to know what happens next? Click here to find out!
Newer Posts Older Posts Home
Subscribe to: Posts (Atom) 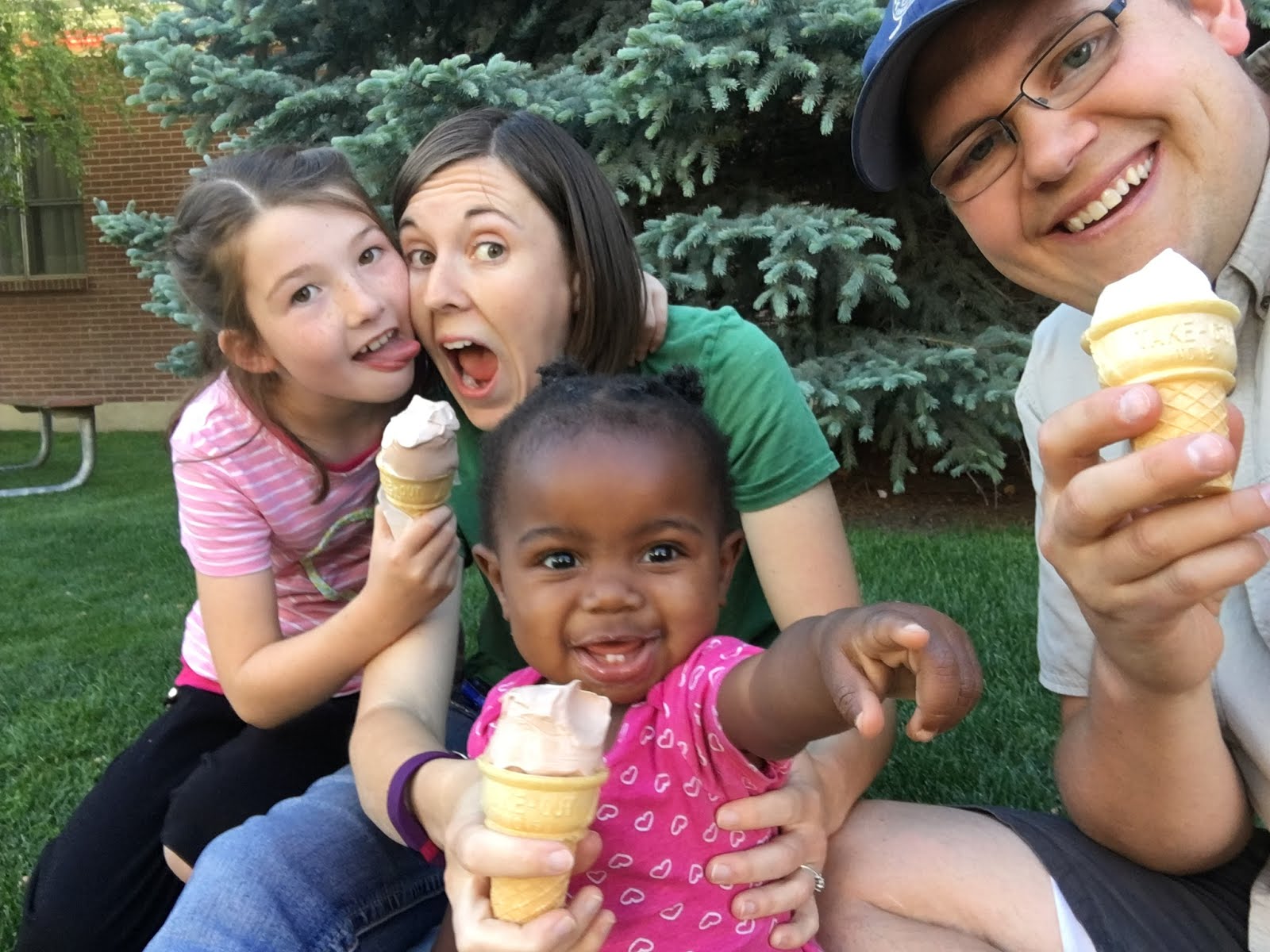 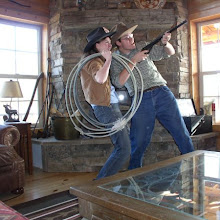 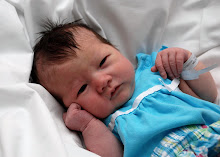 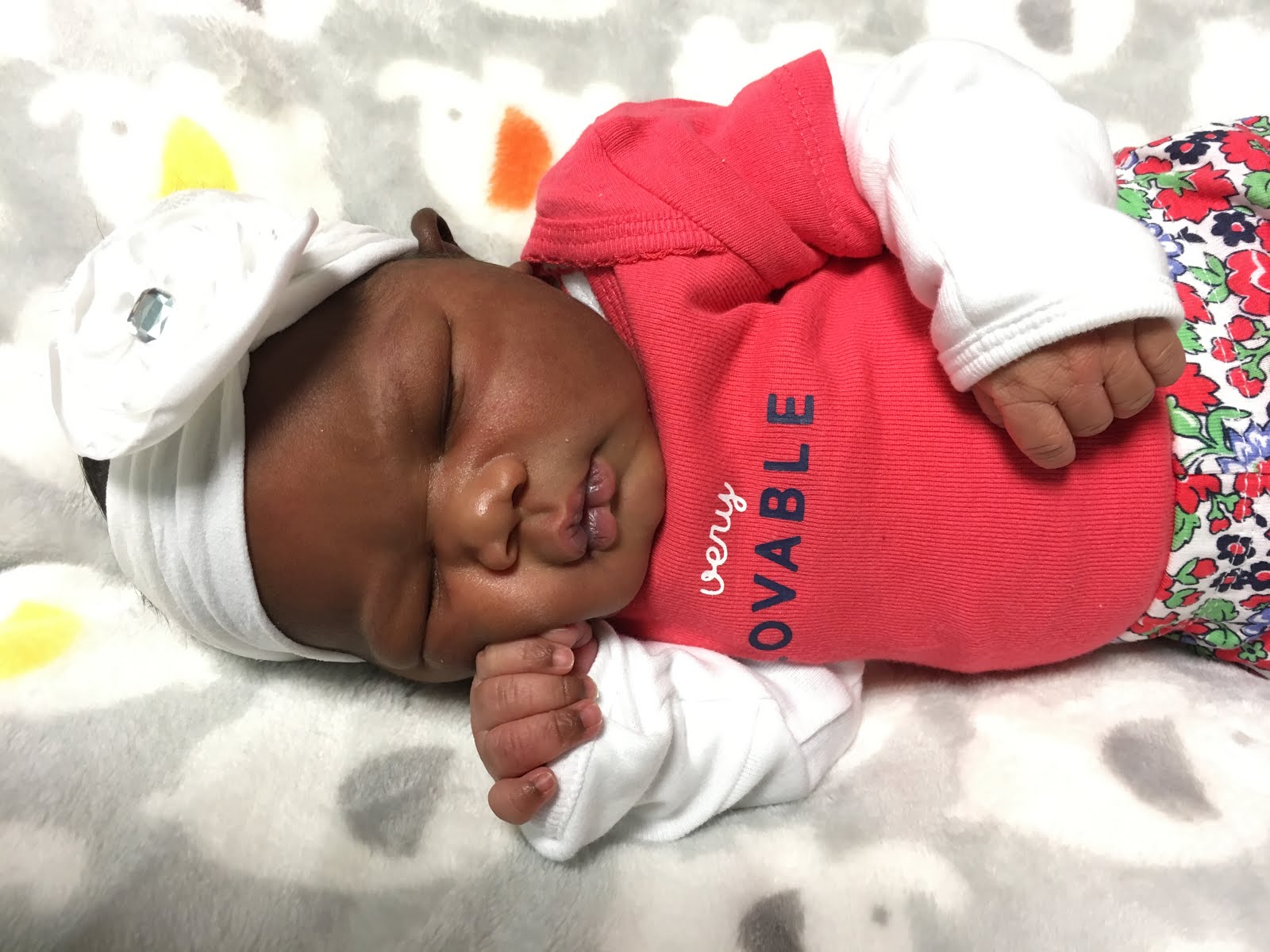 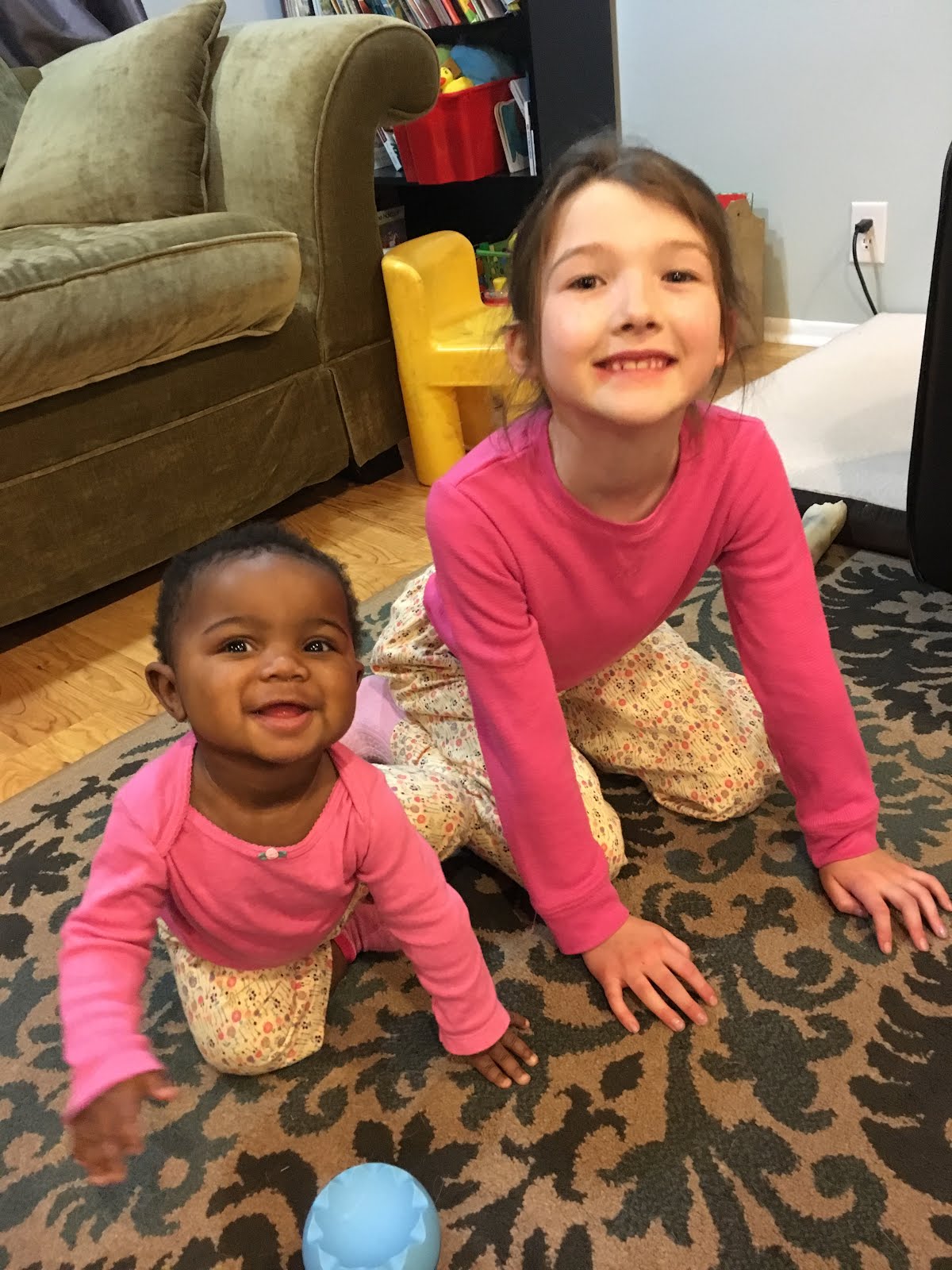 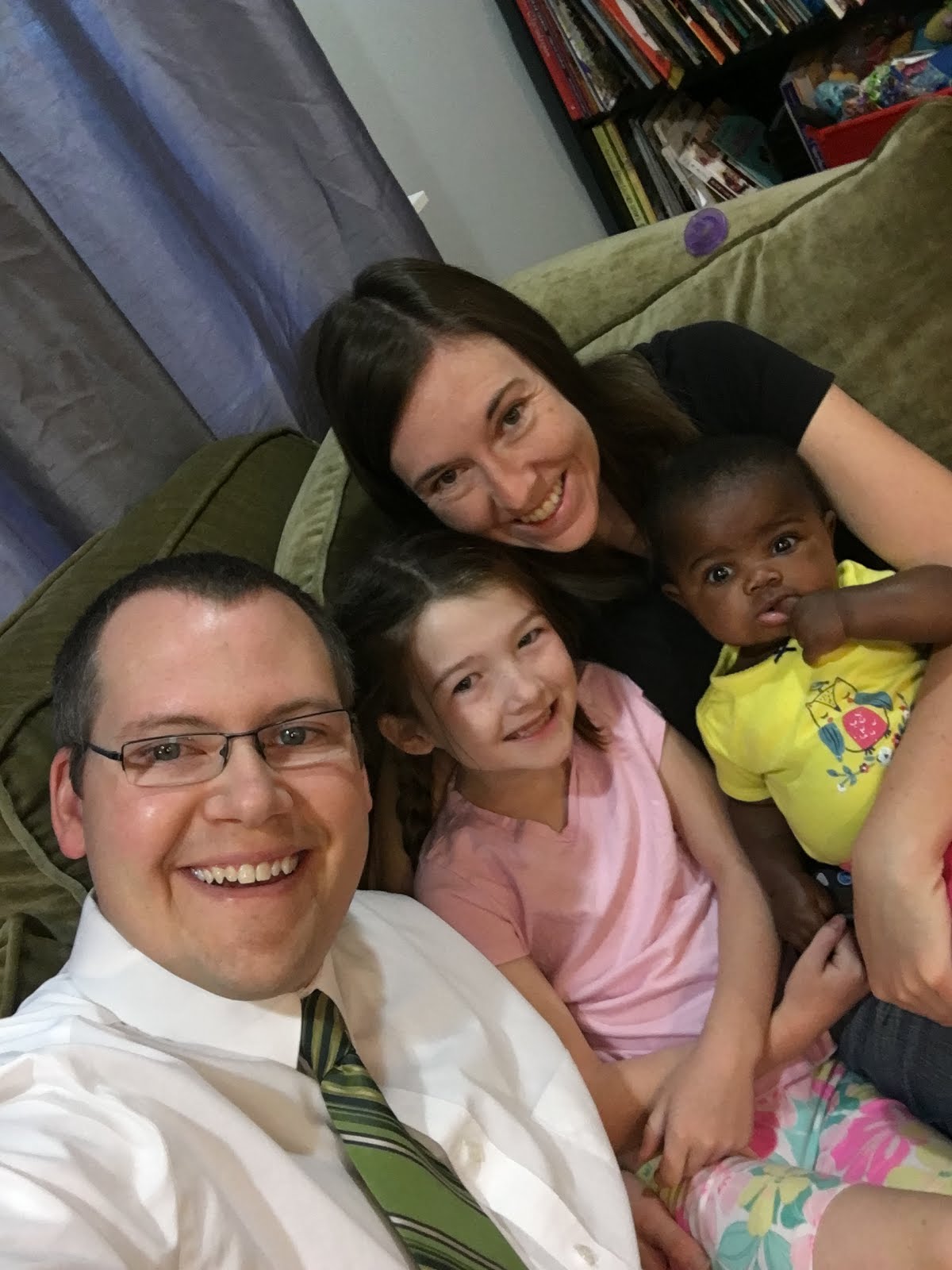 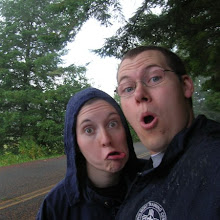